Mario Alberto Kempes, The Killer, greatest star and highest goalscorer of the Argentine
national team that won the World Cup of 1978 and of the Valencia CF that won the Copa
del Rey of 1979, and the European Cup Winners’ Cup and UEFA Super Cup, decided to
tell his version of the story that was played inside and outside the pitch and that, after forty
years, still raise concerns.
Was Argentina the rightful winner of the 1978 World Cup?
How were his farewells from Valencia CF?
How did he sign for Hercules CF?
Kempes, a myth in Valencia CF and a forgotten and little valued hero as measured against
his enormous sporting legacy in Argentina, lays bare in this autobiography the sensations
of a man who defended the jerseys he wore.
The Killer –today a star commentator for the sports outlet ESPN from the United States—
reviews his extensive career since his beginnings, wearing, among others, the jerseys of
Instituto of Córdoba, Rosario Central, Valencia, Hércules, River Plate –even a futsal team—,
and his nomadic career as a coach in Bolivia, Venezuela, Spain, Italy, and exotic destinations
such as Albania and Indonesia.
DON’T SAY KEMPES, SAY GOAL!! 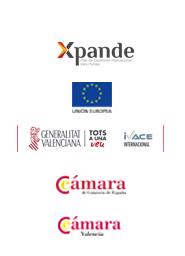